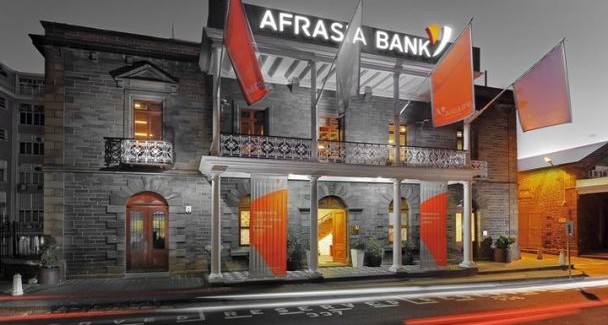 AfrAsia Bank has emerged as the “Best Bank in Southern Africa 2013” at the annual African Banker Awards ceremony held recently at Morocco. The event took place during the annual African Development Bank meetings, acting as official patron, and was attended by Thierry Vallet, General Manager & Executive Director of AfrAsia Private Banking to whom the award was remitted.

“This award confirms the Bank’s successful strategy on the African ground as we leverage our global capabilities to bring excellence in the advice and financial solutions we provide. We have recognised the need for an active advisory technique in investment and our aim is to exceed the expectations of our clients and meet their needs with tailored investment solutions through a timely process in all transparency,” explains James Benoit, AfrAsia Bank CEO.

The landmark event brought together over 500 key industry players and top government officials from Africa and around the world to celebrate the achievements and best practices in African banking and finance. “Following the award scooped from Euromoney as ‘Best Local Private Bank’ this year, this is a continuous acknowledgment of excellence and innovation for AfrAsia Bank and further proof of its active role in driving the economic growth within the region while achieving strong credentials,” added Thierry Vallet.

AfrAsia Bank is the first bank in Mauritius to be acknowledged by the African Banker Awards independent judging panel as the sub-region’s best financial institution in recognition of its consistent performance, quality of its financial products and services, leadership status and contribution to the growth and development of the sector in the region. Consisting of renowned individuals chosen for their expertise in the African banking and finance industry, the judging panel plays their role purely to acknowledge the highfliers contributing to the African footprint and future growth.

Commenting on the ceremony, Omar Ben Yedder, Publisher of African Banker said “Once again it has been a night where some of the exemplary leaders we have on this continent have been rewarded for groundbreaking work. It should be noted that the work is far from finished and banks and policy makers need to continue to work together to create the instruments to reach out to the real economy for whom many of the products and services are out of reach.’

During the ceremony, guests were treated to a star-studded cast of performances namely, Grammy Award winner John Legend, legendary Senegalese singer and politician Youssou D’Dour, and Master of ceremony and American actor Mos Def who wowed guests in between the awards presentations.

Posted in News and tagged Africa